I’m one of the rare birds where I did not get my daughter into mountain biking, she got me into mountain biking. A few months after learning to ride she wanted to race. Being a junior girl racer is an exercise in having limited opportunities and I saw the clear benefits and transformational change that cycling brought to my daughter. So I set about creating opportunities for her and all the other kids like her. 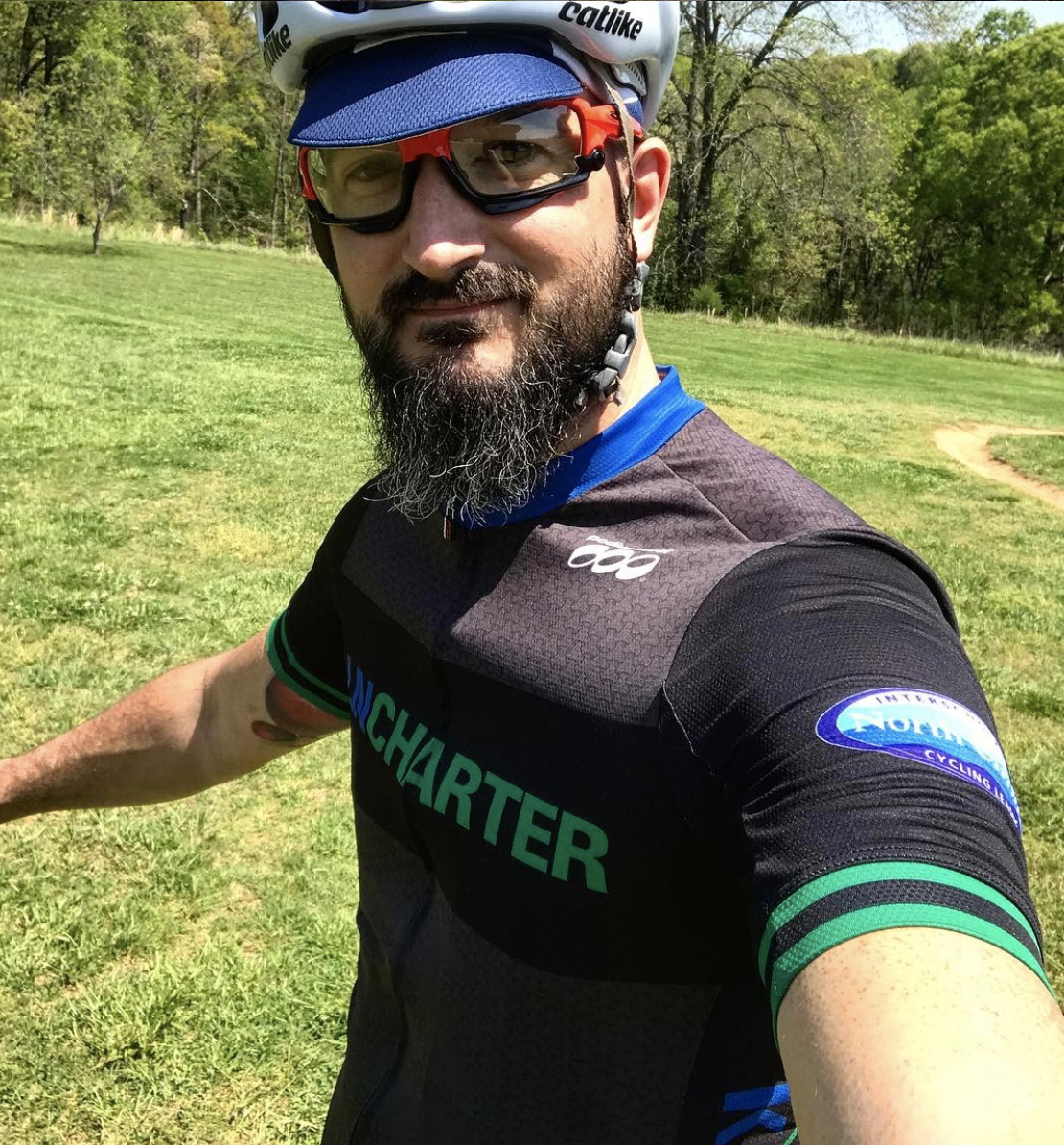 Prior to becoming the Associate League Director for the 2020 season, Michael had been the Director of Coaching and Team Development since the start of the league and worked for NICA National as the Coach Licensing Senior Manager throughout the 2019 season.

Back in high school Michael was a member of his school’s mountain bike club back in Connecticut. After returning to the sport in 2009, Michael quickly realized the power of mountain biking as a personally, physically and mentally rewarding sport. The personal challenges that the sport presents, as well as the supportive community (socially, in racing, and in advocacy) that it provides presents an amazing opportunity for adults and kids alike. Michael is excited by the opportunity to help bring the sport to more students, especially in a state that is highly regarded for it’s mountain biking opportunities.

I started seriously riding bikes as an adult in the early ‘80’s before there were helmets! That soon changed and I brought my wife into the cycling fold so we could enjoy the open road together. Before kids arrived, we enjoyed three summer bike tours exploring northern Michigan and the Upper Peninsula.

We moved to NC in the 90’s and suddenly had access to great local trails. My youngest daughter really took to trail riding which carries forward today where she lives in Asheville. I was finally able to get my oldest daughter into cycling (albeit on the road instead of the trail) after her college graduation. We rode our first century together soon after that.

I can see from my own children how just a little exposure to cycling can make them a fan for life. That is why I am delighted to be part of the North Carolina Interscholastic Cycling League. I want every young person who is interested in cycling to have a chance to experience it in a fun environment that gives them a chance to grow as far as they want to in the sport